After almost 6 months “sleeping” in survival mode, APEX is again back on sky.

Following the decision taken by ESO on Aug 28 of resuming minimal science operations, the observatory staff has successfully executed the ramp-up plan that was conceived during the previous months. A small team of engineers and astronomers awakened the 12-m antenna and various of the scientific instruments which were unpowered or in stand by, waiting for better times.

After an intensive work of verification and preparation, the APEX telescope has already started scientific observations and is working in a minimal operation mode of 8h per day and only during nighttime. The SEPIA180 and SEPIA660 receivers are now available for science, and in parallel commissioning activities are taking place with the new instruments delivered and installed at the beginning of the year: SEPIA345, nFLASH230 and nFLASH460.

The APEX team wants to thank all partners for the received support during these special times, and in particular to ESO and ALMA for their logistic effort and support to ensure the safety of the staff and the facilities. 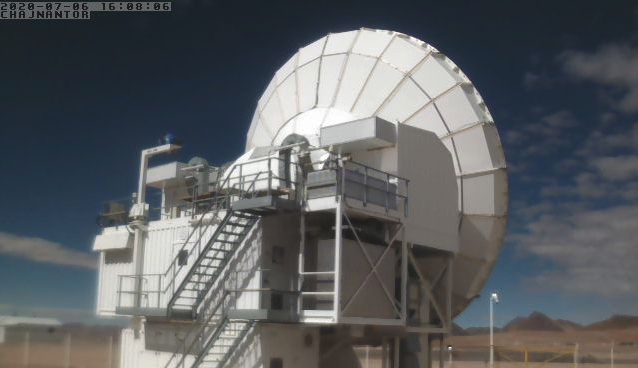